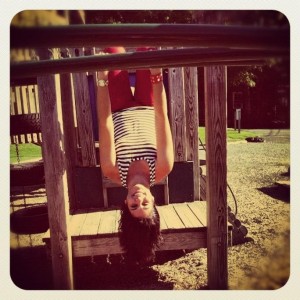 Carol is a Content Writer at CityCatt, absolutely in love with traveling, reading, and learning new things. She's also a mom-to-be who can't wait to show the world to her kid.

5 Things I Wish I Knew Before I Started a Startup

To enter the world of startups is a wild ride. It requires courage, creativity, perseverance, and a pinch of craziness, or at the very least willingness to deal with the unexpected. No one fits that description better than a wife and mother of three boys, who was able to reinvent herself from a journalist to a successful entrepreneur. And that, dear travelers, is our co-founder and CEO, Lizia O. Santos.

Without any business background, she decided to take the first step towards making her bright idea a reality back in 2017, even though it had already been cooking for a year at that point. Imagine learning a completely new lingo, the biz lingo, having to face investors, hiring the right people for your vision, rebranding what you had already spent so long working on… The list goes on! It was a challenge, but one that she nailed. The authentic, welcoming and happy culture that you see in Citycatt is the realization of her vision.

She spoke with us about the difficulties of beginning a startup and everything she wished she had known before. In case you’re boarding this train, here are 5 things you should know before your trip down entrepreneur lane, from our one and only Lizia.

Such a big word and one that we think we know what it means. As a journalist, Lizia had the same general idea a lot of us had, which is how the company makes money. To her surprise at each meeting with investors, she was asked how her company would monetize, and when she gave a structured answer of how her company worked, it wasn’t enough.

Turns out, monetization isn’t just making money, but the many ways it can make money to make it future-proof. As she explained, “You have to strategize many ways to monetize, to become future proof and scalable. Ask yourself, what else you can do with your startup:

This will make you prepared for that killer investor meeting and will give you a broader vision of your startup’s monetization potential.

In the beginning, you may feel underprepared, learning will be part of the process but you can’t learn everything. It seems you need a lot of things and different technologies to be successful. But, instead, you need people who are capable to take on tasks and responsibilities, who are specialized in things you’re not. After trying to do it all by herself, Lizia found out that, “You can’t be everything to everyone.”

She learned to look for “her people”, as she likes to call her team members. A group that works very well, to which she can delegate tasks, and who’s working towards the same goal and dreams she has.

For example, if tech is not your forte, find someone who can help you with that and make your company great at it.

When the abbreviations start, we know the business lingo is getting real. And learning that was a pivotal moment for our CEO. She acknowledged that had she know what MVP was, she wouldn’t have spent so much in an app that wasn’t her MVP. Because at that point she says, “I believed I had to deliver the final product.”

So, what is this three-letter abbreviation? Minimum Viable Product. And that’s what you have to present at first. According to Lizia, here’s a good process to think of an MVP:

Lizia’s is very engaged with Citycatt, when she speaks about culture and the effect it has on her company you can see how passionate she is about it. Inspired by this enthusiasm, she shared a few words:

“Direct your focus to product and culture. Usually, you only think about culture until you have already lots of people, and then because you didn’t think this through before you have to pay this huge price, because by then you have attracted the wrong people to work in the company and you have to let them go, or clean their mess up.”

When talking about Citycatt, these were the principles and values she determined as essential to her startup:

“The culture is the foundation and the product is a consequence, if everyone is living the culture then everybody will help me build the product that I dreamt of.”

She explains that this one is “sort of a combination of everything before”. In short, she says that “if you work on attracting the right people through the right culture and learn to delegate, what you do is, now you have the workforce, this team, and then you can work through projects and processes.”

Lizia emphasized that if you’re not doing this, it means you’re doing it all by yourself and it can become quite “hectic” as well as very hard to tackle projects.

She adds, “You can establish clear pathways for everybody in your team to achieve those goals, and when you have those goals being broken down into tasks that involve everyone in your team within their skillset, then the projects will get done and get done with excellence.” 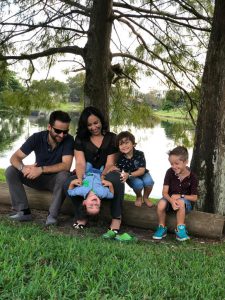 From the wise words of our CEO: “If you really want to grow a company, stop doing everything yourself, attract the right team through the right culture, establish projects, procedures, and processes and then, set clear goals and turn those goals into processes where everybody knows their tasks and then can achieve the goal together and in the best possible way.”

You can find more about the journey of startup entrepreneurship here:
5 things you’ll stumble upon in your Startup Journey

Co-founding a Business and a Home

See you on our next trip! Stay tuned for our next publiCATTions.

7 items not to pack when you travel

By Jessica Marabella It’s a moment we’ve all experienced when packing for a trip. You stare at items laid out on the bed and ask

The gig of sharing

Let us introduce you to the Gig Economy. When unemployment rates were sky high, between 2009 and 2013, workers started turning to gigs for lack 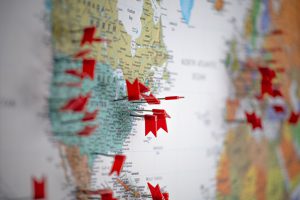 How to Easily Choose a Trip Destination